The multi-channel capability in Inspirata Professional and Immersive Editions is not only for supporting surround output options: multi-channel inputs are also important when you are working in stereo. The more individual input paths the plugin has, the more individual track or material can be treated as independent sound sources with their own position, gain, apparent source width, etc. Let us imagine a scenario where you have the following tracks that you would like to place in a space:

That is 7 channels in total. You should create a 7.0 FX track with its output sent to your stereo master buss (downmixing is done by your DAW) and initialize Inspirata. The only thing to do now is to route all your 7 tracks to 7 different inputs of the 7.0 FX track. The way this is done depends on the DAW, but it can be done via surround panning (for example, in Steinberg Nuendo, Cubase), pre-defining Sub-paths (for example, in Avid ProTools) or by routing (e.g., in Reaper). 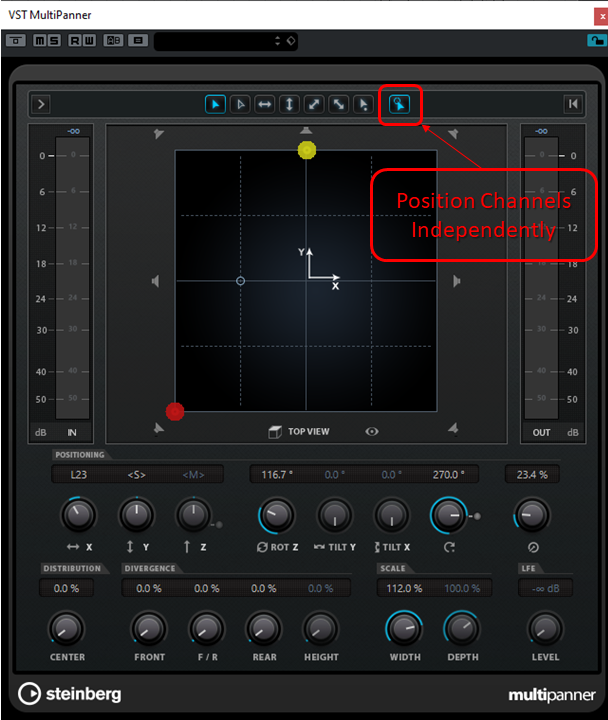 If you have an INSPIRATA instance in an AUX track with a Bus input (e.g InspirataBus), you can predefine Sub-Paths in the I/O Setup to route the tracks to a specified input of the plugin. 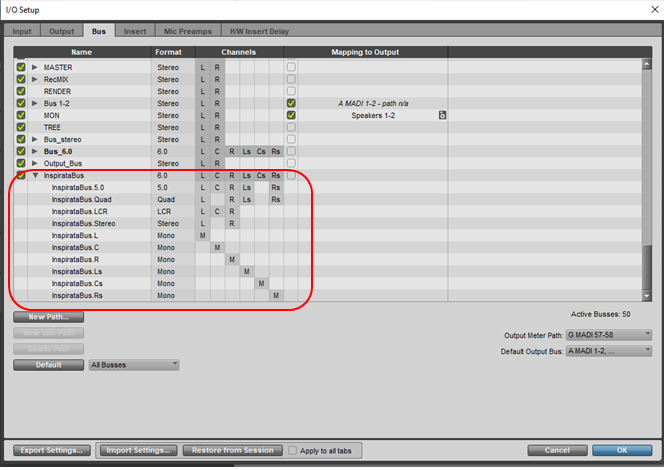 You can send the Audio Tracks to the listed Bus Sub-Paths. 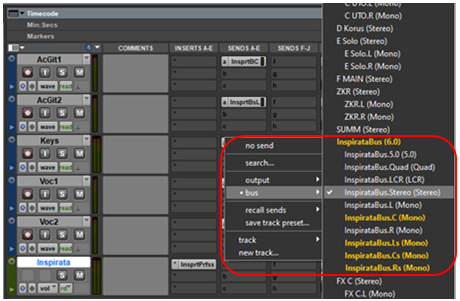 In Reaper, you can easily route track channels to an arbitrary plugin input as you can see in the figure below.

Routing multiple tracks to a multi-channel Inspirata instance is possible in Logic Pro, however, it is a bit more complicated than in other DAWs. We are going to need additional individual Bus tracks - one for each input track that we want to route into Inspirata. We also need a surround Bus track, this is where the surround Inspirata instance is placed. The actual routing is done by surround panning the individual Bus tracks so that they send their outputs to the dedicated inputs of the surround Bus track.

Let us explain it through an arbitrary example where we are routing 2 mono Audio tracks to a 5.1 Aux track that has Inspirata Professional as an insert effect. 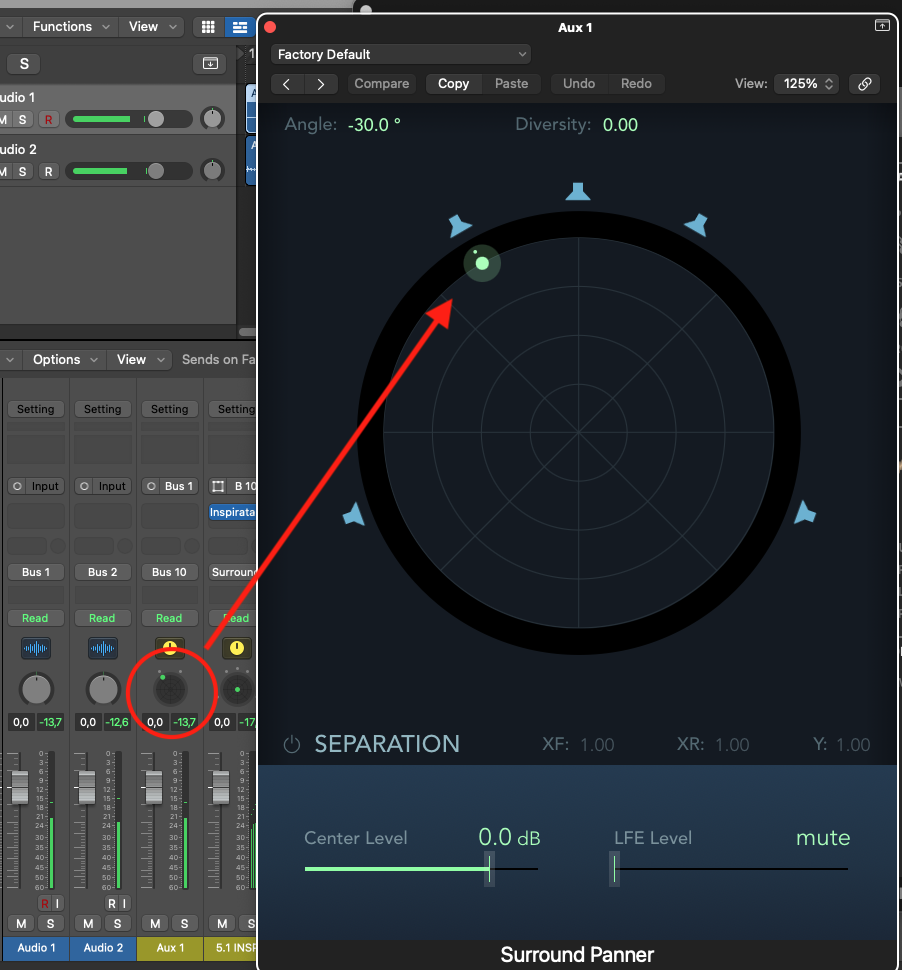 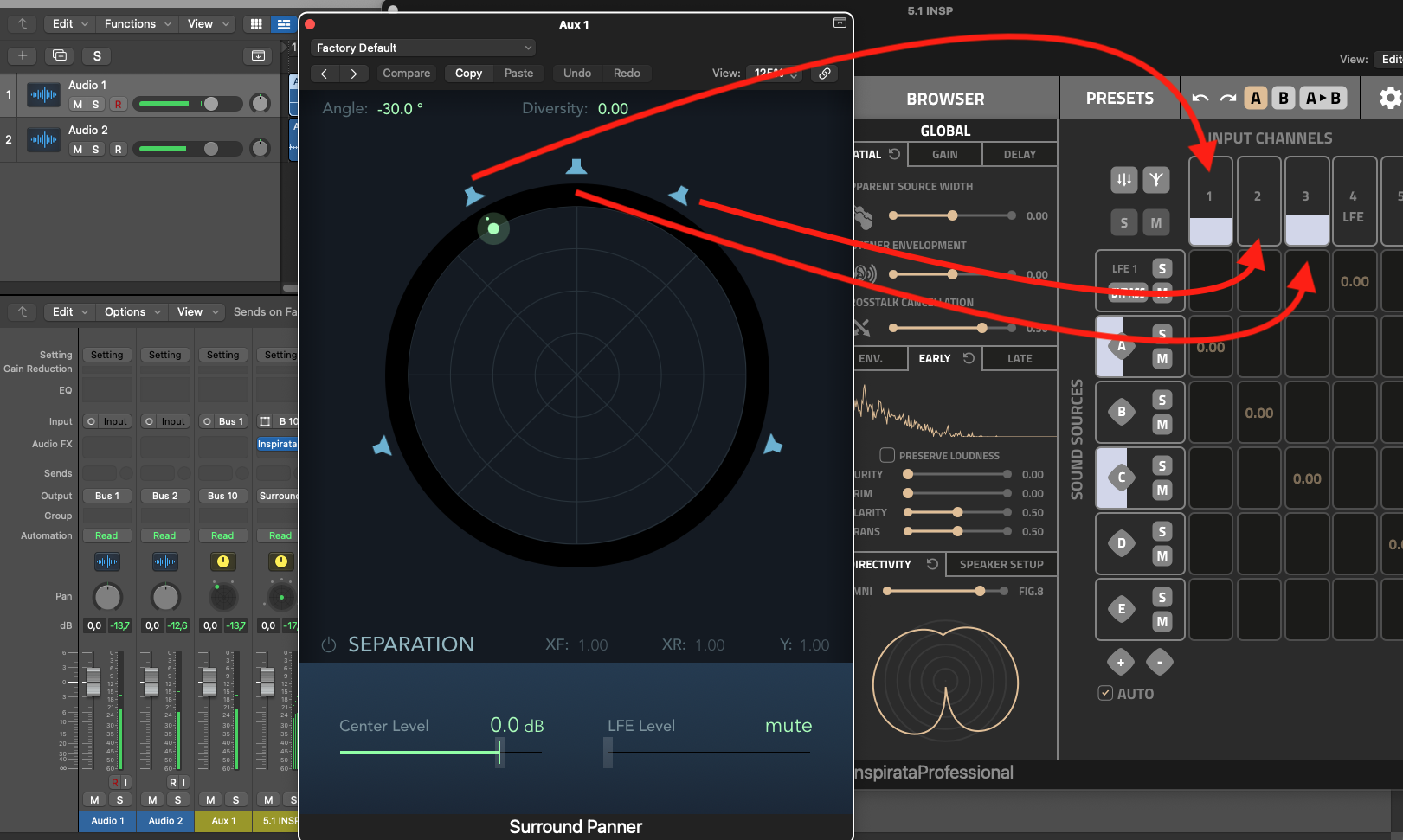 Panning Bus 1 (Aux 1) into the left channel which is Input 1 of INSPIRATA. 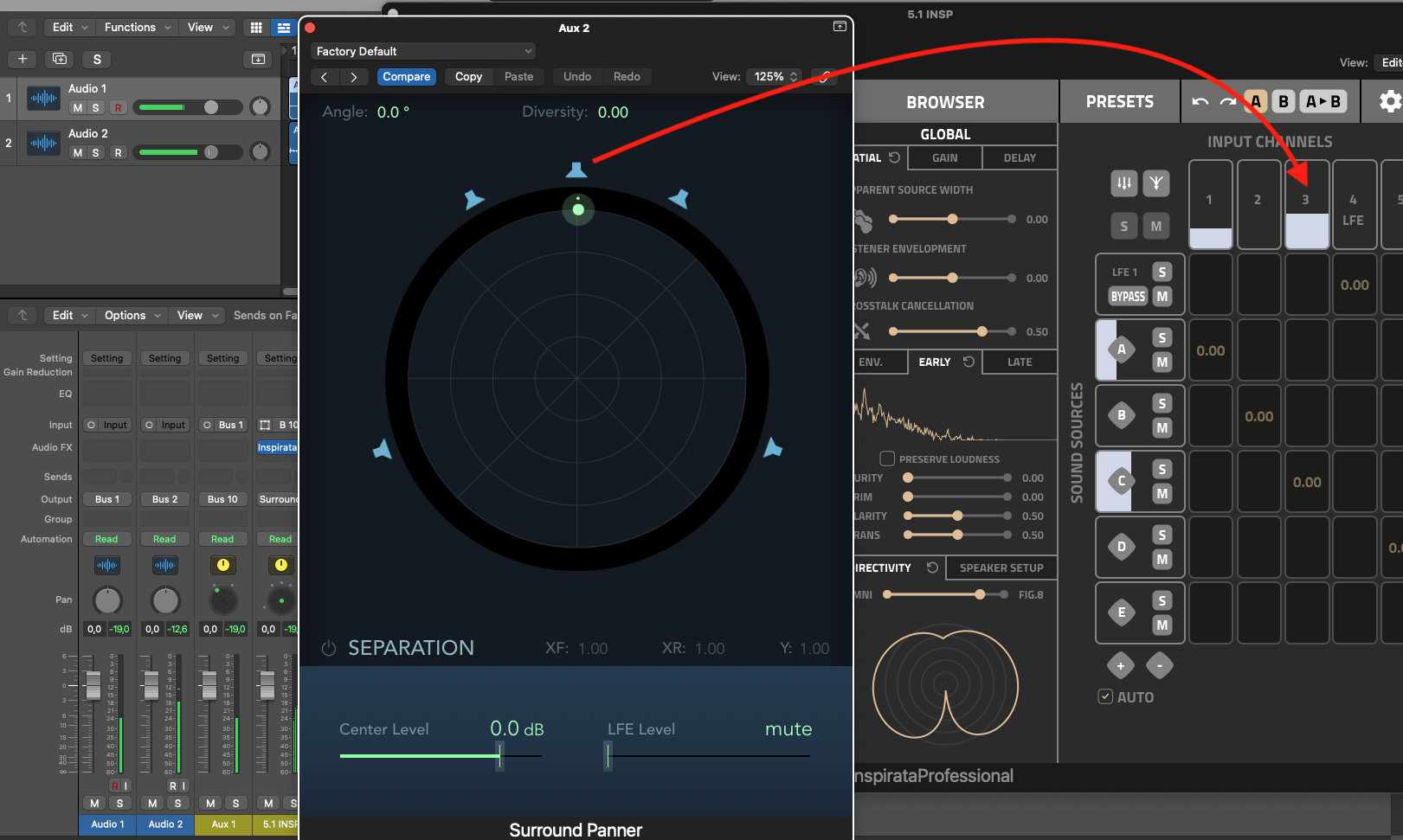 Panning Bus 2 (Aux 2) into the center channel which is Input 3 of INSPIRATA.