How to change the behaviour of the Set button?

The Set button in a pipe organ helps you store a multitude of switch and button states for later recalling them without having to individually set them again. The typical usage of the Set button, when physically present on a pipe organ console, is to pressing and holding it, and while holding it, pressing the button for the target combination memory frame where you are about to store the current organ settings, and then releasing the frame button. So technically, Set works as a mode changer temporarily changing how the frame button behaves: normally it behaves like an addressing button reading the memory from the address specified by the frame button, but when Set is engaged, it works in write mode for the same target memory address.

When using a virtual pipe organ, buttons are implemented as functions to which you can assign physical interfaces, for example buttons of your MIDI console or a tap on your touch screen. These two require two kinds of Set button behaviors. The MIDI console button would optimally work the same way as on a real organ console: press-and-hold, and when released, the Set button is also released. On the other hand, unless you have multi-touch screen, a typical touch screen would work like this: you press the Set button and release it, which then remains on, you move your fingers to the target combination frame button, and then press that. This will then disengage the Set button automatically so that it is avoided that you accidentally overwrite another frame of yours in case you press another frame to recall its contents.

You can change the behaviour of the Set button by the „Set mode” feature on the Keyboards page. 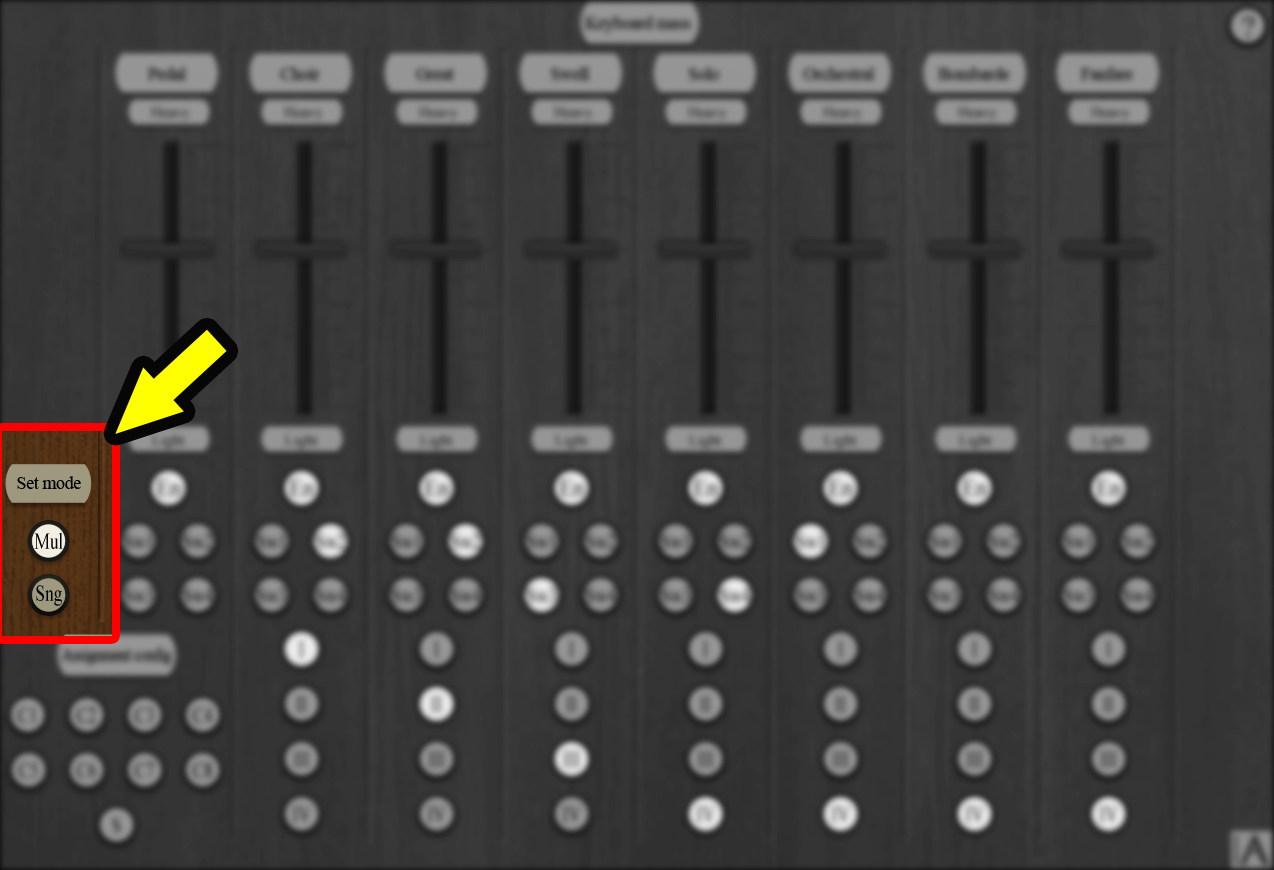 Choosing Multiple mode, the Set button is not disengaged when you activate a combination frame. This is useful if you have a physical organ console.

Changing to Single mode, you can program only one single combination frame after pressing the Set, and it will disengage automatically. If you work using the graphical user interface (GUI) on a touch screen or with a mouse, it is recommended to choose this mode.

As you can see it is very easy to use both types of Set functionality and you can even change between them if you wish, without having to reload or reconfigure the organ.